Meet Zakwan, a 4-year-old who can now walk by himself 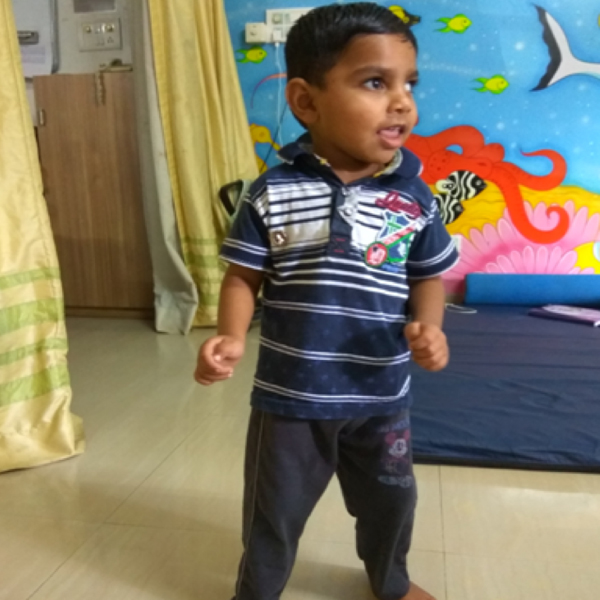 Meet Zakwan, a 4-year-old who can now walk by himself

A few years ago, young Zakwan displayed several complications after his delivery via caesarean section.

While he was treated successfully at the Neonatal Intensive Care Unit, he was diagnosed with cerebral palsy, developmental delays, and sensory issues.

At the age of one, Zakwan was brought to the Early Intervention Centre.

He was unable to hold his head steady and could hardly move any part of his body. Zakwan was immediately put on rehabilitation, leading to a steady recovery.

Today, at the age of four, Zakwan is full of life and is able to stand and walk independently. His treatment continues but his progress so far has been phenomenal!

The highly advanced District Early Intervention Centre was established to prevent or minimise physical and neurological disabilities in high-risk infants. This centre is the first-of-its-kind in the state of Gujarat and has been recognised by the Government of India as a ‘Model Centre’.

The Centre performs detailed diagnostic consultations and interventions for:

The hospital is equipped with six state-of-the-art operation theatres, capable of performing a wide range of surgeries. All operation theatres are equipped with OT lights, surgical pendants, HEPA filters and laminar air flow to provide smooth flow of ultraclean air to prevent infections. These theatres are ultramodern and match the highest level of sterility protocols and standards.

The well-staffed, state-of-the-art NICU enjoys excellent morbidity and mortality outcomes, even though 40% of the total admissions are critically-ill babies referred by other hospitals. Few of the facilities at the NICU include:

To address the growing need for quality cardiac services, the hospital has a dedicated cardiology department and cardiac catherisation lab for advanced diagnosis. The cardiology department has various experts including an Interventional Adult and Paediatric Cardiologist, Cardiac Surgeons, Thoracic and Vascular Surgeons and a Cardiac Rehabilitation Consultant.

As part of the Hospital’s commitment to improve its services and bring global technology to serve the local rural population, it undertakes various collaborations with leading international organisations such as USA’s Stanford University and Purdue University.

Robotics physiotherapy is an enhanced and developed technology that overcomes the shortcomings of manual therapy – widening the range of motion achievable, in addition to saving time and physical efforts.

As a multi-specialty hospital, the facility provides useful aquatherapy rehabilitation services for a variety of medical conditions. Moreover, the benefits of such a therapy helps reduce lengthy hospital stay and improves the quality of life for patients.

The reality of the situation in rural South Gujarat is that vast proportions of the population lack access to even basic healthcare facilities, either due to financial reasons or geographic reasons.

The Medical Outreach programme took birth in 2005 to address both these issues by providing free treatment to tribal communities, especially those that were unable to visit a hospital. With the help of mobile clinics, primary level medical care is provided to communities right at their very doorstep.

Each outreach centre is visited once a week, and in some sense, these villages, which have minimalistic medical facilities, have been ‘adopted’ by the hospital.

Patients are given quality treatment and diagnostic services. Medicines are distributed free of charge and those needing further treatment are referred to the hospital for more specialised attention.